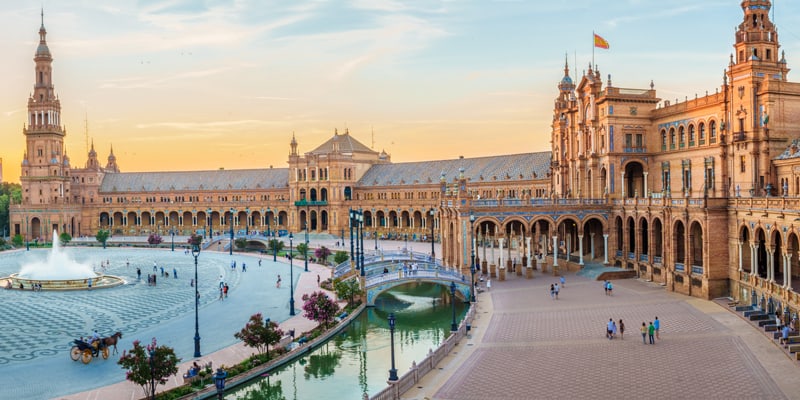 In a city as charming and lively as Seville, you’d have to try extremely hard not to have a wonderful weekend. Its colourful, romantic streets and squares, an endless supply of both modern and traditional bars and restaurants and its historic attractions mean the Andalusian capital will not disappoint.

Home to incredible architecture, Seville, Granada and Cordoba offer a glimpse of Islamic Spain. From the famous Alhambra to the impressive Alcazar of Seville, the Moorish influences will simply take your breath away. Views are plentiful among the rolling hills and orange groves of the beautiful Andalusian countryside. In the south, white sandy beaches dot the region’s impressive coastline. If time is on your side, you can also venture into the Andalusian countryside where the vistas are of olive, orange and lemon groves dotted among the region’s charming White Towns, and possibly visit Cordoba. 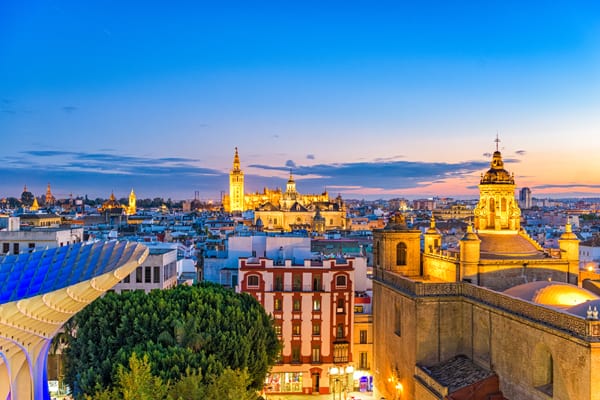 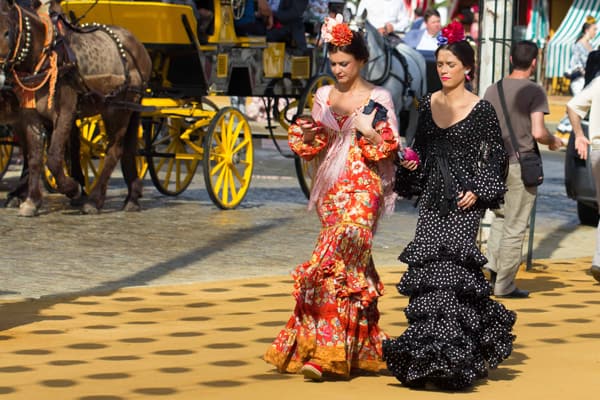 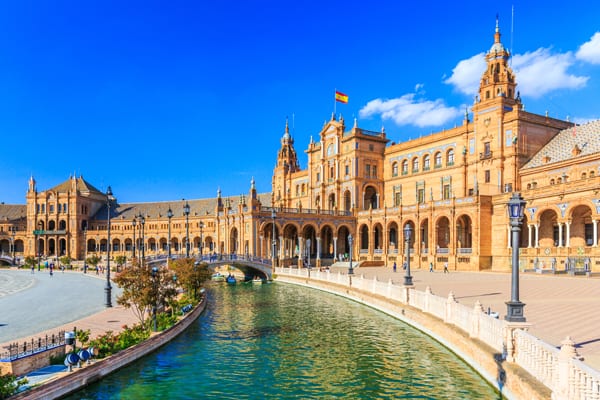 On day one we will fly you from your chosen departure point to Seville airport, where you will be met by our staff and transferred by luxury coach to your chosen hotel in the city centre.   The transfer time from Seville Airport to city centre is 20 minutes; and only 12 minutes by train.

Event Bookers recommends Hotel Alfonso XIII.  This grand dame of a hotel, just a few hundred yards from the cathedral, has become synonymous with the ultimate in palatial luxury. Its style is full-on Andalusian glamour. 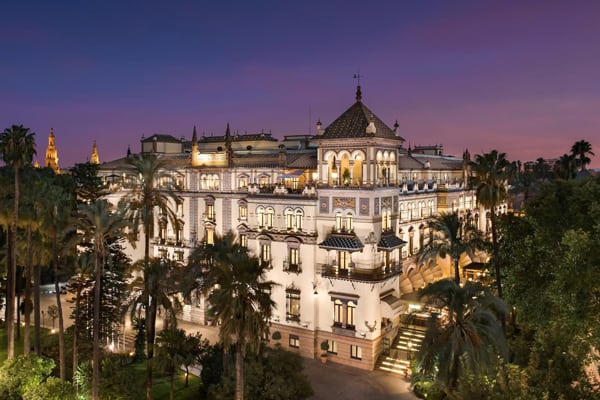 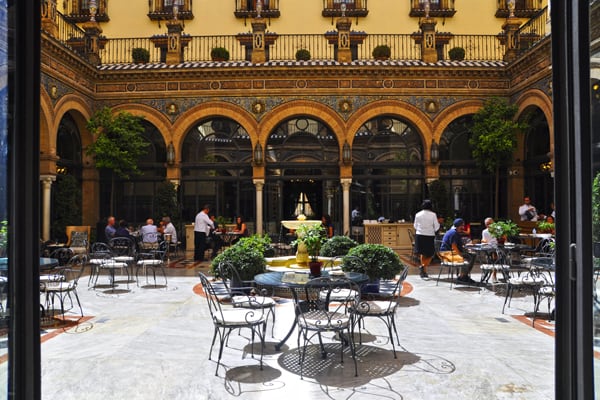 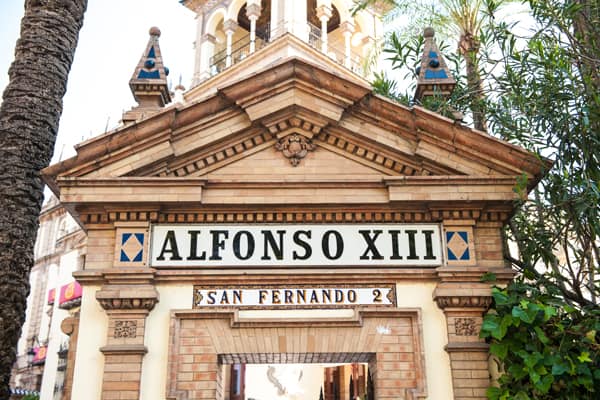 With its minarets, stunning ballroom, sumptuous ceramic tiling and grandiose Moorish arches, the architecture is almost as striking as some of the nearby palacios you’ll be visiting! The outdoor pool is a rare treat in the midst of the city, whilst the central Andalusian patio, with its fountain and gardens, make a wonderful oasis from the hustle, bustle and heat beyond. Dining options include the smart and elegant San Fernando restaurant in the patio and its surrounding cloistered galleries or the more informal terrace bar and restaurant ENA Sevilla. Or simply sip a martini in style at the Bar Americano, where Hemingway once drank.

Breakfast in hotel.  Meet in lobby for today’s fun activity!

This morning guided tour will start with a panoramic visit by horse carriage of the most relevant monuments of Seville, followed by a walking visit of Santa Cruz Quarters. Your horse ride will pass through the Plaza España, Torre del Oro and Maria Luisa Park.

Alcazar is the name of the Royal Palace of Seville. This is a luxury Arabic style palace and was the old residence of the Moorish royal family of Seville. It is considered to be the twin brother monument of the famous Alhambra of Granada. Nowadays the Alcazar is the residence of the Spanish kings whenever they come to Seville and it has been the setting of the popular serial Game of Thrones. 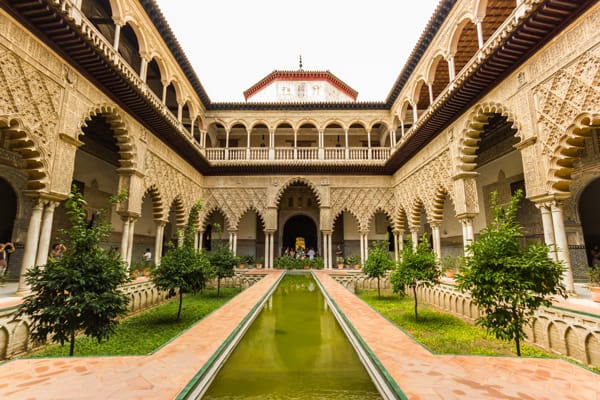 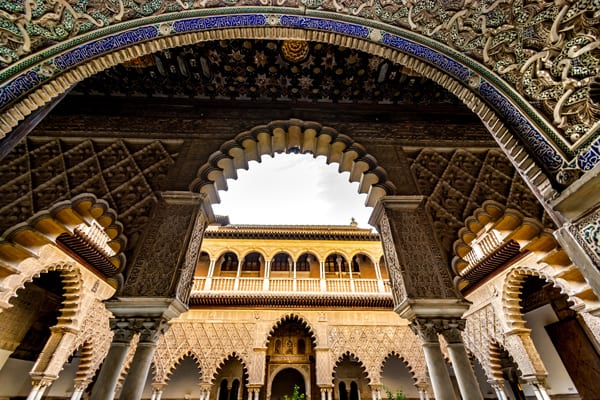 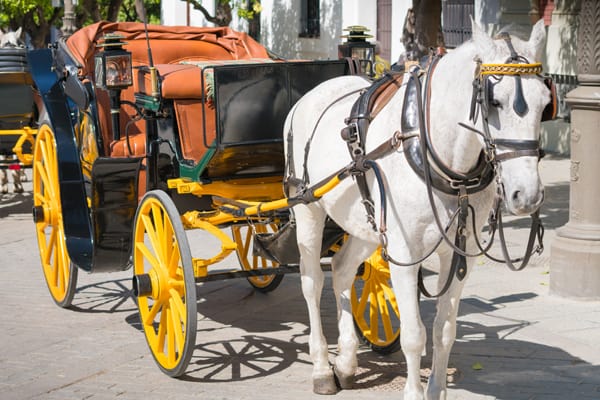 After our palace visit, we will have a tapas lunch in the beautiful centre of Seville.

Seville is the capital of tapas eating in Spain and the city has plenty of tapas bars!  Depending on your group size, our proposal would be to split the group into 3 or 4 smaller groups and each group will do an itinerary stopping at 3 typical bars in Seville. A beautiful area of bars will be Santa Cruz Quarters: Santa Cruz District is the name of the old Jewish sector of the city. It is placed besides the Cathedral and Alcazar and nowadays it is a quiet pedestrian area plenty of narrow streets with flowers, chapels and taverns. 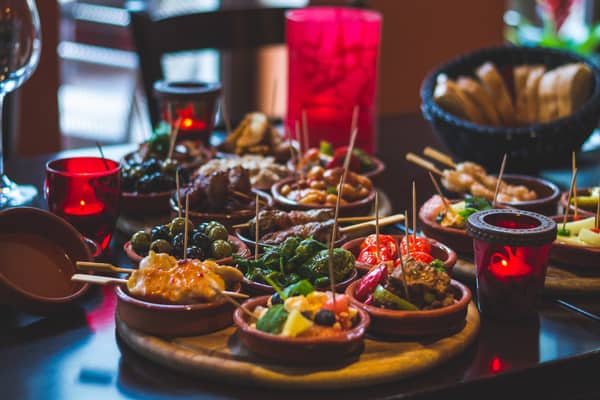 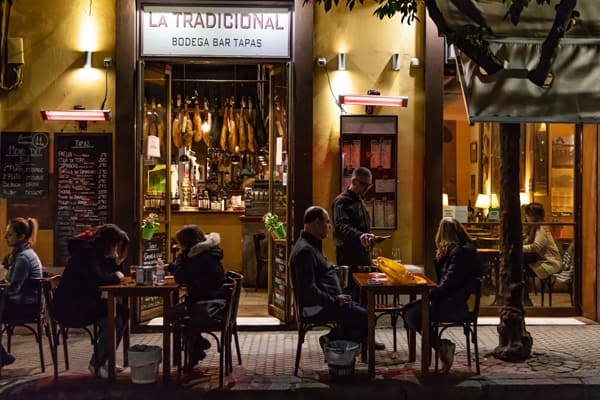 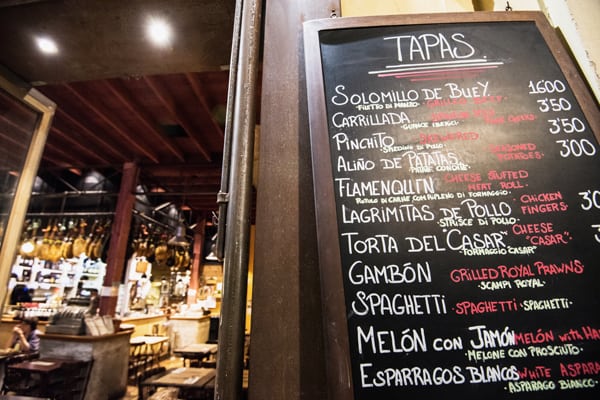 After lunch you can either have a free afternoon, or we propose:

Exclusive and private visit of the Roofs of the Cathedral

The Cathedral is the main monument of Seville and the third largest church in the world after Saint Petrus Basilica in Vatican and Saint Paul in London. This amazing example of the Spanish Gothic style holds the great mausoleum of Christopher Columbus as well as an impressive major altar. The tower of the Cathedral, called “La Giralda”, is the universal symbol of Seville. 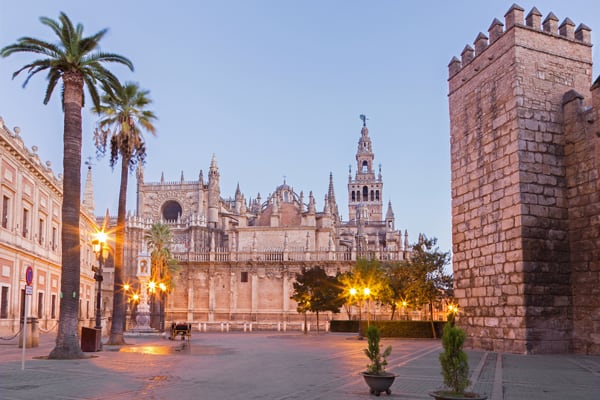 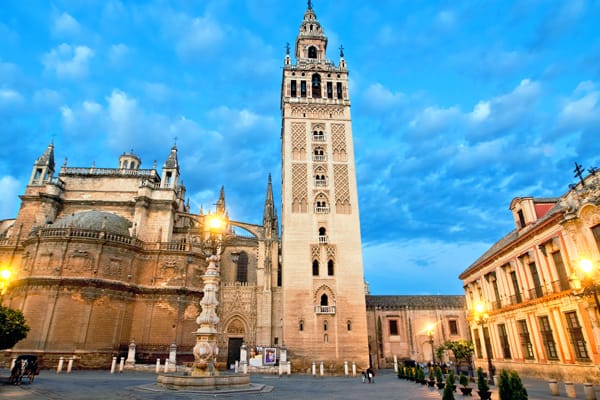 For tonight’s dinner, we propose a private dinner cruise on the beautiful Seville River ‘Guadalquivir’.

‘Guadalquivir’ is the name of the clean and beautiful river of Seville, that crosses the centre of the city. The main pier of the river is located in historic centre, walking distance from the Cathedral.  We propose to hire a private boat and do a panoramic cruise along the river, viewing the nice banks and the monuments and gardens at both sides.  During the cruise, drinks and dinner will be served. 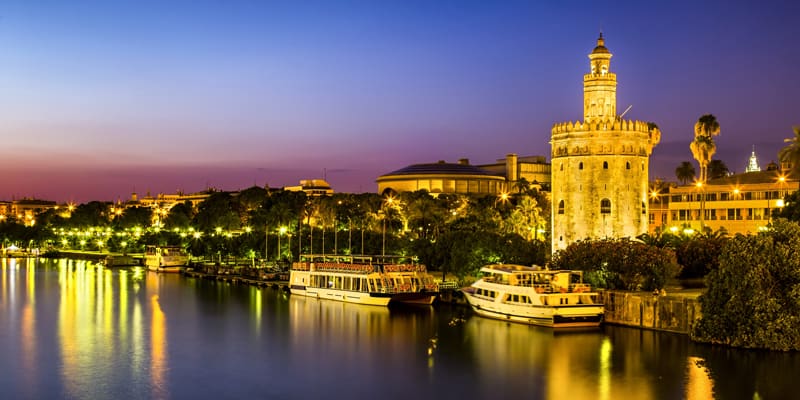 We suggest one full day tour to Jerez de la Frontera with a spectacular horse show at the prestigious Equestrian Horse School and a guided visit with wine lunch in the beautiful cellar of Gonzalez Byass.

Jerez is a true Andalusian town located one hour south west from Seville which keeps the traditional flavour and enchantment of the Southern Spanish villages. This frontier town (hence the name) produces best Sherries and brandies of the country and it is here where the famous Spanish horses are bred. 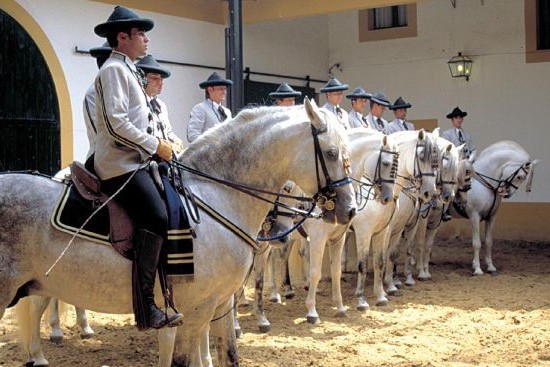 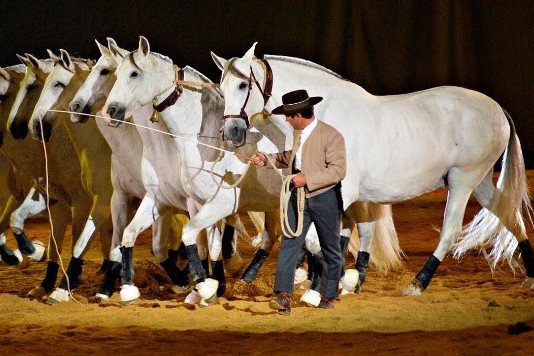 Upon arrival in Jerez you will get the chance to experience something very special.  Jerez is, together with Vienna, the most important spot for horse breeding and training in Europe. In the outskirts of the city, we will first visit the Royal Andalusia horse School, where you will first get a guided tour around the premises and then can see a spectacular show with the original Spanish horses.  The show “How the Andalusian Horses Dance”, an authentic equestrian ballet put together with choreography taken from classical dressage movements and costumes from the XVIII century is the greatest example of the work carried out by the Royal School. It is a real must see in Jerez. 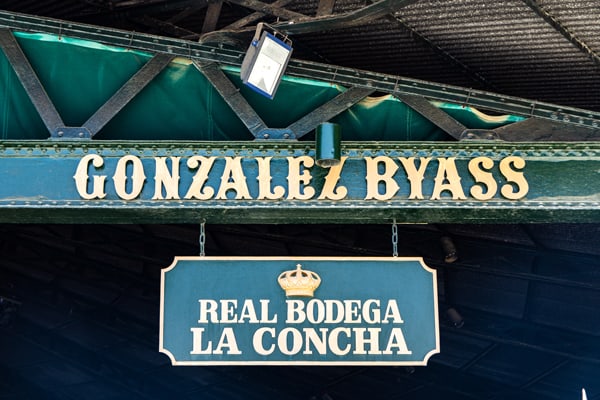 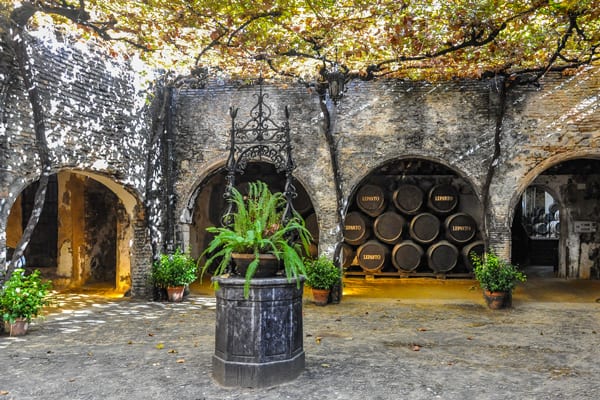 We will then visit one of the best wine cellars in Jerez, Gonzalez Byass wine cellar, also called Tio Pepe.  The roots of this cellar date way back to 1835 and today is the most important sherry & brandy cellar in world together with Domecq and Osborne. After the visit we will have the opportunity of doing a tasting of several of its popular sherry wines.

Then we will have lunch in the same Gonzalez Byass Cellar. This lunch can be privatised with a pairing menu based on 5 different types of wines of the cellar.

After lunch drive back to Seville and enjoy some free time before tonight’s dinner.

Let yourself be allured by the raw emotion and captivating choreography of a traditional flamenco show at the esteemed Tablao Flamenco El Arenal! 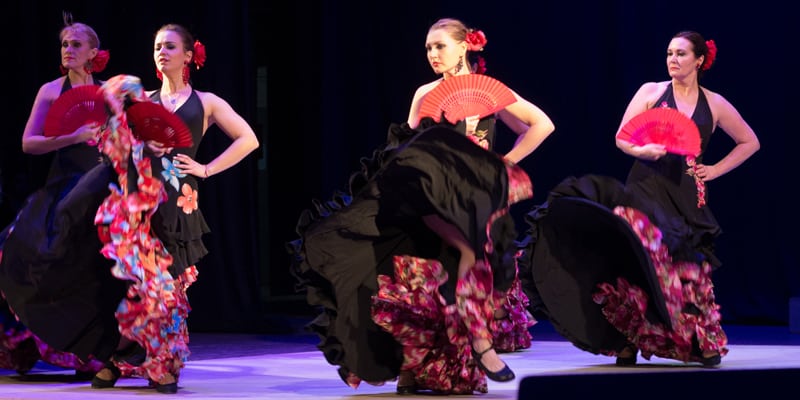 Sink into a comfortable seat in a venue considered one of the best in the world and watch an electrifying performance that expertly demonstrates the flair and fire of Spanish flamenco! Watch a talented troupe of award-winning dancers move to melodious guitar music and enjoy complimentary drinks, traditional tapas or a gourmet 3-course meal.   Watch up to 15 of Seville’s best flamenco dancers perform to live guitar music and singing. See Spanish gypsy culture expressed through extravagant choreography!

After dinner make your own way back to the hotel.  Overnight in hotel.

Breakfast in hotel, check out.

Meet in hotel lobby for mid-morning departure to Seville airport for your flight home.

Alternatively, we can extend the trip by one more day.  After breakfast we will transfer you to the beautiful town of Cordoba, approximately one and a half hours drive from Seville. 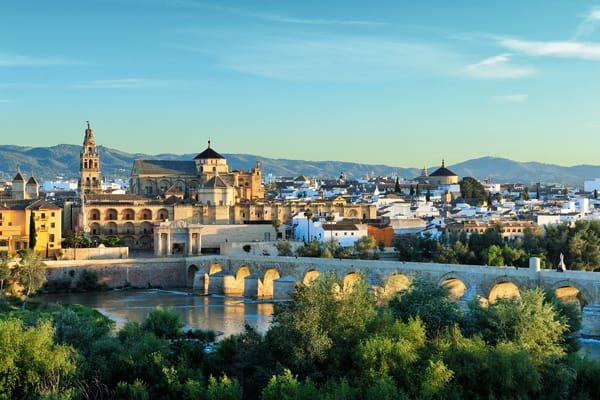 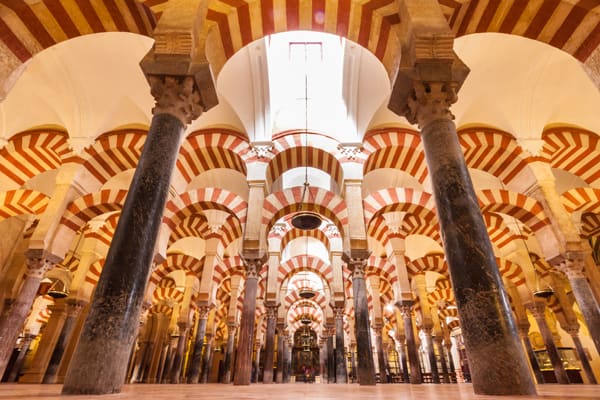 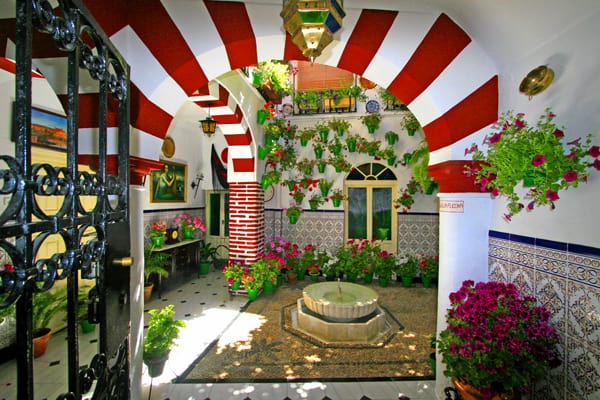 Walking Guided tour of the Mosque and the Jewish Quarter.

Cordoba is a UNESCO World Heritage town, famous for its impressive Mezquita and for being the emblematic city of the Spanish Arabic Kingdom. A visit to Cordoba is a unique opportunity to see the Spanish Islamic history and the ancient Roman architecture combined together.

The Mosque (Mezquita de Cordoba), is considered one of the best examples of Islamic art in Spain. It is the most impressive and largest mosque ever built by the Moors in the country.  Under its beautiful arches, it stands right in the centre of the city, surrounded by the old Jewish and Moorish quarters.  When the city was re-conquered, they were so overwhelmed by its beauty that they built the Cathedral within the Mosque.  Your guide will also lead you through the Jewish Quarters (Judería), located by the narrow streets around the Mosque. This historic and picturesque part of the city is also famous for the “patios”, courtyards of private houses plenty of flowers and local decorations.

After the tour, we will do some olive oil tasting and lunch at Bodegas Mezquita!

Cordoba is one of the largest producers of extra quality olive oil in the world.  Before lunch we propose you try some olive oils.  You will learn all about 3 iconic types of virgin olive oil.

Your lunch menu will be based on typical Cordoba cuisine and recipes. Bodegas Mezquita is placed at the beautiful old Arab Quarters of Córdoba, just in front of the Mosque. This restaurant is specialised in local cuisine and serves dishes and recipes traditional of Cordoba.

After lunch we will make our way back to Seville where you will have free time to explore before dinner.

Meet in lobby for the 15-minute luxury coach transfer to Contenedor. 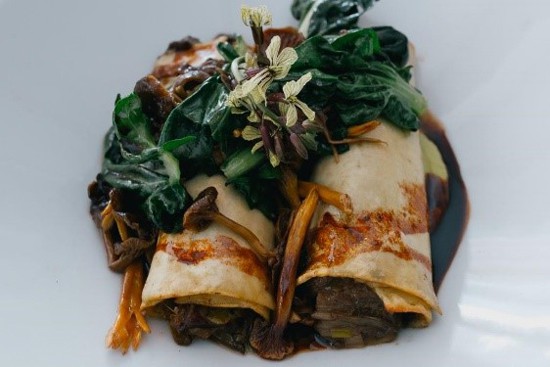 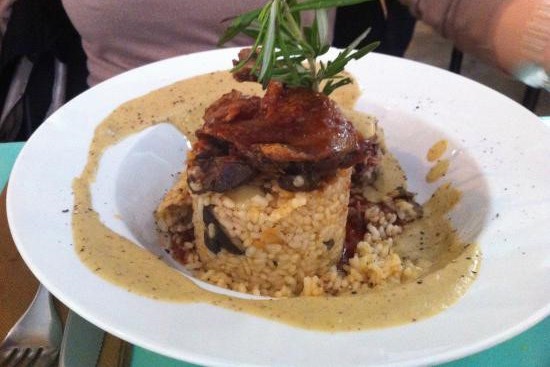 Contenedor began as a weekly pop-up; now it’s one of the city’s buzziest restaurants, with a focus on slow food, sourced locally, and reinvented Andalusian dishes. The setting is a bit like an art space, open with polished concrete floors, exposed air ducts, mismatched furniture and paintings on every wall.

After dinner you will have some free time!  Overnight in hotel

Breakfast in hotel, check out.

Meet in hotel lobby for mid-morning departure to Seville airport for your flight home.

Ready to find out more?

Thanks for your call back request. We’ll be in touch soon.

Examples of our work